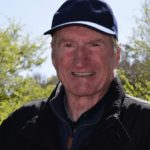 David was born in London, England, studied Engineering becoming specialized in Industrial Organizationafactor which has helped in his position as Executive Producer in the film production company he runs together with three partners in Madrid, Spain. David was given a ́photo camera when still very young and learned that light and composition were the basis of telling stories through photography. He moved on to large format cameras back in the 70 ́s and to video in the 80 ́smaking documentaries and news items. He formed his present company, Readmore Filmsin 2013, specializing in making tourism and cultural documentaries and shorts promoting cities, regions and countries, presently working for UNESCO World Heritage Cities among others. David also works on applying new technologies promoting the tourism industry in Spain and abroad.