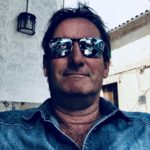 Duncan is first and foremost a storyteller. I first met Duncan whilst we were both living and working in Europe. Since then I have collaborated with him on a number of projects and numerous commercials as his 1stAssistant Director. As a Director, he has the rare talent of being both creative and technical in all aspects of filming. Not only being able to transfer his “vision” to screen but also gleaning some memorable performances from his actors. Duncan’s crew are loyal and appreciate a Director that can “get the shots”, (sometimes under considerable pressure), whilst retaining a sense of humour throughout. As he runs his own production company Duncan has a total understanding and respect for budgets and schedules. This makes him a great team player and a good friend to production. with Duncan no project is too big; no problem is insurmountable. I have spent some years working on features and commercials in Los Angeles with inspirational directors such as Tony Scott. I have similar respect for Duncan’s talent and count him as a good friend. I wish him all the success he deserves in whatever future project he chooses next.