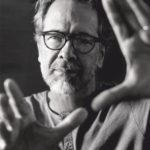 Known by his initials ‘FC’ (and seldom accorded his full name of FC Hamman) probably his most reassuring characteristic is that his approach is always client focused. In a world filled with self-centred creative’s, FC’s aim is always to interpret his client’s vision in a manner that produces a powerful and effective message that informs and inspires. A powerful streak of pragmatism ensures that he always brings projects in on time and within budget.

But at the core is a creative ability that has resulted in work for the big names of television and entertainment such as Netflix, HBO, Sony, BBC, National Geographic, Discovery Channel, Carte Blanche, SuperSport. His latest project is “Raised by Wolves Season 2” with the famous Ridley Scott.

In the commercials field, car commercials like Porsche, Lexus, BMW, Mercedes, Ford, Toyota and just about every other brand. Other commercials like, Nike, Strongbow, Old Mutual, MTN, VW, Multi Choice, Nedbank, Standard Bank, Chicken Liken and many more. In the Gospel field, Billy Graham, Michael W Smith, Campus Crusade for Christ, and more. It has also resulted in a wide range of assignments for the blue-chip heavyweights of the business and industrial world whose names (and testimonials) can be found on his website, fchammanfilms.co.za.

After graduating with honours from he quickly rose through the creative ranks of the film world directing for Gordon Vorster (‘Sarah’ starring Trix Pienaar) as well as the award-winning feature and box-office hit ‘Sing Vir Die Harlekyn’ – starring Sonja Heroldt.

Since opening his own film, video and events production house FC has filmed wildlife, features and documentaries throughout Africa and the USA.

FC was also the first person to cast Leon Schuster in a movie in 1979.