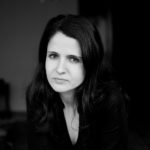 Author, director and producer of documentaries and television programs. Since 2010 she has worked for different television channels in Georgia, Russia and Europe. During her career, she has participated and won awards at several international documentary festivals in Europe and Russia. She won a TEFFI award at the Russian international film festival. She is also a member of the jury at the International Russian Film Festival (Spain, Marbella). For the past 6 years, she has been collaborating with Currenttime TV (American Russian language channel of Radio Liberty) with an international travel program “We welcome” with Zurab Dvali. The “We welcome” show was awarded in Greece, Bulgaria, Latvia, Portugal.