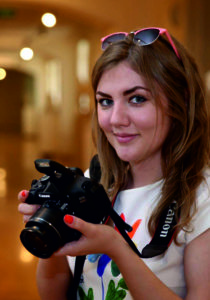 Janna was born on May 19, 1990 in Omsk, Siberian region of Russia. She has graduated with honors Omsk State University of F. M. Dostoevsky in 2013. Professional journalist. She has been working in TV industry since 2009. Author of TV-programs about life of urban youth. Janna is creative author of TV-shows about tourism. She has created cycle of economic programs “Made in BRICS” for TV BRICS International Media Network. She had been teaching journalism in Omsk State University of Railway Transport for 2 years (2016, 2017). Janna’s programs and documentaries received awards in International film festivals and All-Russian journalist competitions. From 2019 till the present Janna has been working for TV BRICS International Media Network for position of head of international department. She is in charge of international activities of the company including expanding media partnership network in BRICS member states, and also content exchange between media outlets in Brazil, Russia, India, China and South Africa. Janna was represented in the jury of the film contests: Open documentary film festival “ROSSIA” in Russia (2019, 2020), International Tourism Film Festival Africa (2020), Fifth BRICS Film Festival-2020 (in the year of Russian chairmanship in BRICS group, on the proposal of the Embassy of Brazil tin Moscow). On behalf of TV BRICS she initiated and organized 9 special screening of BRICS documentaries within a framework of international film festivals in Russia, China and India.