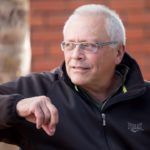 Martin Hatchuel is a writer and storyteller who’s worked in tourism since the mid 1980s. He began his career as a horticulturist, and used his knowledge of plants to become a forest guide in his hometown of Knysna, South Africa, and in the Wilderness National Park (now part of the Garden Route National Park). Having fallen in love with writing in the mid-90s, he launched one of South Africa’s first tourism blogs – thistourismweek.co.za – in which he concentrated on issues affecting incoming tourism, tourism products, responsible tourism, and destination management and destination marketing.  Martin now works as a freelancer and content creator under the banner of tourismcontent.co.za. And with four completed novels and numerous short stories for kids as well as adults to his credit, he’s recently also embarked on a new career writing for the screen.