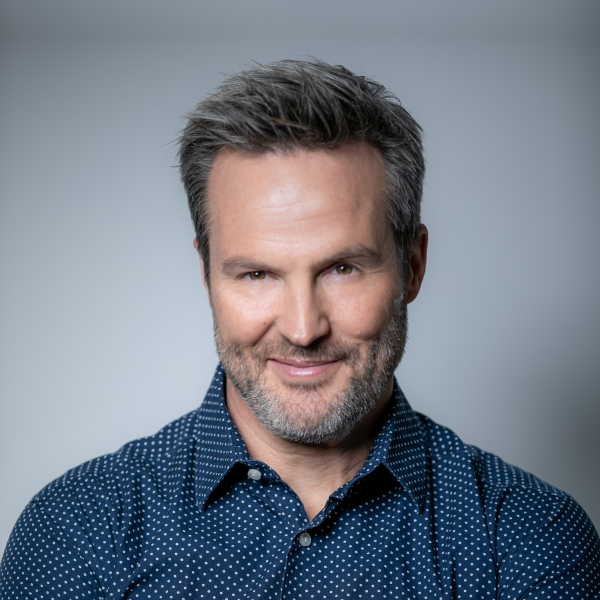 Michael Mol didn’t go for career counseling, which could explain why he’s a medical doctor, an executive producer & presenter, a health tech-preneur and founder of Hello Doctor, global speaker, author and most recently CEO of TruthTV. His twitter profile @DrMichaelMolreads:

“A husband to one, father to three, friend to few, a stranger to many… but not to God.”

Michael’s passion for discerning what makes people tick then led him to co-founding Tomorrow Today consulting –assisting organizations navigate the ‘New World of Work’ followed up by The Revolution Group –centered on helping people unearth what they were born to do through discovering their unique strengths. He speaks to audiences around the world and has been recognized as one of the South Africa’s top business speakers with a Hall of Fame distinction.

After launching Expresso, SABC3’s live morning show, as anchor presenter, he melded his passion for medicine and media and produced two new TV series: “Hello Doctor” and “The Dr. Mol Show” with a vision to educate, entertain and inspire people to live their best life, by being the healthiest they can be. Watched by over a million people weekly, the show was part of a bigger vision to give every South African access to personal, affordable and quality healthcare through immediate access to doctors via their mobile phones.

That vision became a reality with “Hello Doctor” –a mobile digital healthcare company with a game-changing approach to healthcare, using mobile tech to give anyone access to a doctor anytime, anywhere, on any phone, in any language. Hello Doctor is advancing #HealthForAll, and bringing South Africa closer to achieving the WHO’s Sustainable Development Goals –ensuring that everyone, everywhere can access essential quality health services without facing financial hardship.

As a speaker, Michael makes health simple to understand & practical to apply so that you can stop fretting about your well-being and start enjoying it –cause life’s so much better when you’re healthy.

In November2020, he launched a new venture called TruthTV –South Africa’s first subscription video on demand service focusing on Faith & Family entertainment with a vision to rekindle wholesome societal values. Michael is an Oxford Alumni, a South African Brand ambassador and has just written and released “Apples of Gold” – his second book on health and wellbeing on the back of his first best-seller “Your Best Life”

Aside from all the hats he wears, he suffers from an insatiable thirst for adrenaline. He has sky-dived out of a hot-air balloon, run the bulls in Pamplona, scuba-dived under a frozen lake, wing walked on a bi-plane, surfed the great Zambezi white waters on a body board, flown to the edge of space in a Russian Mig and bungee jumped off the highest bridge in the world, backwards.

Michael lives in Cape Town, South Africa with his wife Jacqui, their three children: Josh(21), Rachael (18) and Naethan (13) and is no longer on the safe side of 50.