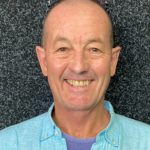 Having studied Fine Art, illustrated numerous books and built up a formidable portfolio of art-work, Seton joined the television industry in South Africa in the late 1970’s and engaged in extensive below-the-line marketing and corporate video production operation. After 2 decades in film & video production, marketing, communication and consulting for major corporations across the country, including Anglo American, de Beers, Standard Bank, Investec, Coronation, Vodacom and many more, Seton spent 4 years as global Communications Director for British explorer Robert Swan OBE – the first person in history to walk to the South Pole and North Pole on foot – and the Mission Antarctica/ 2041 organization. He co-developed and presented the Leadership on the Edge Leadership and Teamwork Human Resource & Life Skills Development programs and presentations with Swan, rolled out across the globe and in particular, with international corporations such as Coca-Cola in the last great wilderness on earth, Antarctica, where every decision you make, could effectively be a matter of life or death. Seton assisted Swan writing his public speaking presentations. Swan – featured on Ted-Talks, was rated by Time magazine as one of the World’s Top10 Communicators. Seton – having travelled to Antarctica numerous times – coordinated the 2041 marketing & publicity and developed training programmes for the WSSD 2002, taking teams of black future South African leaders on an expedition to Antarctica, across the length and breadth of South Africa on an 8000mile overland journey, in a yacht, on the Cape to Rio Race and on the Circumnavigation of Africa. He continued to present the dynamic Leadership on the Edge Personal Development programme between producing inserts and writing scripts for Top Billing for over a decade, producing documentaries for Carte Blanche, corporate and training videos and Commercial productions and extensive marketing, writing, copywriting and communication design for notable institutions such as Reddam House Schools, over the last decade. He was the Project Director responsible for the strategic planning and operational implementation of the Boys & Girls Clubs of South Africa (BGCSA), focusing specifically on the out-of-school experience during those crucial, unsupervised hours when vulnerable, at-risk youth in disadvantaged communities are neither at school nor at home and are most prone to destructive influences. The first, pilot BGCSA club is now fully operational in Pimville, Soweto.