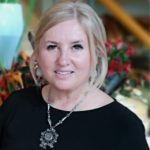 Zagreb Tourfilm Festival´s director, a festival seated in Croatia’s capital. Photographer, filmmaker, travel journalist and an avid adventurer, Spomenka travels to the most exotic corners of the world. Her film experience, gained in the famous Jadran Film Studio – referred to at that time as European Hollywood – was won through holding highly responsible financial and production posts and making films together with famous directors, actors and other producers. After that she founded her own company, BALDUČI FILM, producing many successful documentaries and tourism promotional films. Spomenka has been awarded numerous prizes in Croatian and International Film Festivals and is a Member of the Croatian Association of Film Workers, the Croatian Producers Association and the World Federation of Travel Journalists and Writers.